List Of Some Best Cricket Games For PC In 2021

What are Some Best Cricket Games For Pc?

The best part is that cricket fans of all ages can take part in all the fun and action. Another benefit of the same is that you get to play all your favorite cricket games from the warmth and comfort of your home.

Here’s a list of some of the best cricket games for PC you could indulge yourself in this holiday season. 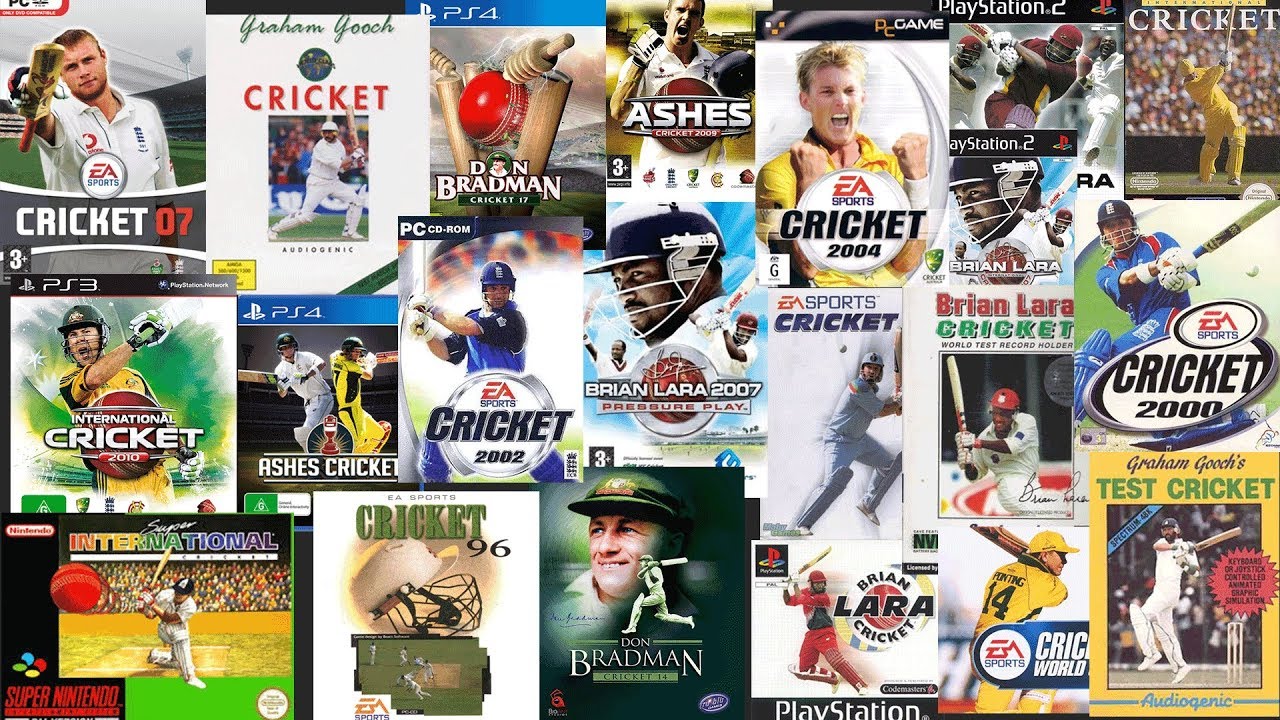 As the name suggests, this cricket game pays homage to one of the best batsmen that ever lived, Don Bradman. Fans love this game for various reasons including its attractive visuals, eye-catching features such as fresh batting moves, as well as unmatched special effects.

Don Bradman is a video game that’s sure to keep you hooked to your PC for hours on end. It’s been around for the past three years and so far, avid cricket fans have never raised a single complaint in regards to the Don Bradman cricket game.

Just like other games for PC, Don Bradman does have various levels that players have to go through to make it to the next level successfully. The levels include the Career Mode where you are given the chance to discover your strengths in the game of cricket.

It’s more like beginning and nurturing your career in cricket and watching how far it goes. From here, you’ll need to play locally in the regional tournaments before leading your team to participate in the international and domestic leagues.

One of the most exciting features of Don Bradman cricket game for PC is that you can build your very own stadium. That’s not all, you can make all the changes you want on the current one if it’s not so eye-catching to you.

Don Bradman is available for cricket fans on Windows, Playstation 4, and Xbox one.

Its features are more interesting and unique compared to other cricket games for PC. For instance, the creators have given it a more arcade-like feel and style that draws more cricket enthusiasts by the day.

Players of all ages are attracted by the players’ unique bobblehead designs. This feature becomes even more interesting when you catch them live in action. Engaging in this game gives you the adrenaline rush that most adoring cricket fans desire.

It’s packed with real-life features of an actual cricket game including teams, stadiums, and squads. The most eye-catching effect of this game has to be the trail of fire that pops up at some point during the game.

The general setting and design for the entire game makes you understand why you’re so in love with cricket. Big Bash Boom is made available to cricket fans across various devices such as Steam PC, Microsoft Windows, Xbox One Playstation 4, as well as the Nintendo Switch.

You’ll love this cricket game especially if you’ve been following up historical and international cricket players. Cricket Captain has captured the attention of cricket fans due to its limitless database that comprises over 7,000 players.

Cricket fans may be pleasantly surprised to find that even historical players from the international divide also make up the database. It’s entirely up to you to be as creative as you can with all that’s at your disposal.

For instance, you have the unlimited option of setting up teams using the great players that are made available to you. It’s also very possible to recreate the events of matches from the history of cricket.

You can recreate your very own World Cup tournaments just for the mere fun of it. The good news is that you won’t have to worry about the large database of historical and international players eating up into your personal storage.

Cricket Captain works both ways as you can play it on your PC as well as mobile devices.

The most attractive feature of this cricket game is that it embraces cricket fans of all types. It works both ways for those who prefer the multi-player as well as the single player modes.

Bowlers have an added advantage as this game seems to be centered on some of the neatest bowling techniques. Each bowling variation is suited to accommodate all types of cricket balls.

Most importantly, you are in charge of keeping track of your own score and your general progress throughout the game. Cricket Revolution is flexible enough as it works for both offline and online players.

Online competition on the Cricket Revolution aims to bring together diehard fans of cricket. It links each player to their respective teams such that it creates a community of cricketers that aim to reach the competitive edge.

Being a fast timer on this game is no issue at all. You are provided with ample sessions for training just so you get acquainted before the main tournament. Fans have the privilege to indulge in this game over a Local Area Network.

You could call this one an experimental game since you get to pull all sorts of stunts to find your way around. The fun lies in trying to decide whether to play solo or invite your cricket-loving friends over for a match.

The game also has a welcoming array of various game modes to choose from. For example, you could choose friends from each of these game modes for a match; T10, T20, Indoor Cricket Rules and ODI.

Tabletop Cricket has the most enticing feature which is to take up a world tour. Here, you can feel the thrill that comes along with being a part of 60 matches as well as cricket challenges.

Taking up a world tour also brings along the unmatched feeling of representing a country in the cricket tournament of your choice. Players don’t have to worry about their progress going down the drain.

Each of their prized and treasured achievements can be safely stored on the cloud. You can play Tabletop Cricket on both Playstation and PC consoles.