In recent decades, this sport invented in England has accompanied all the changes in India: economic flight, the rise of the middle class, the spread of television, recurring tensions with Pakistan… 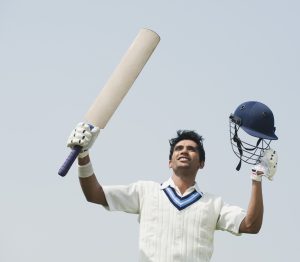 In September 2007, the International Cricket Federation organized in South Africa the first Twenty20 [or T20, the shortest variant of the game, where matches do not exceed three hours]. Like Sachin Tendulkar, the best Indian players refused to participate, seeing it as a secondary competition without much interest. Therefore, an inexperienced team was sent to the site, with batsman and counter guard Mahendra Singh Dhoni as captain, who had not yet had the opportunity to distinguish himself.

When this team won the world title against Pakistan, the Indian patriots, not to mention the ultranationalists, were on a little cloud. Supporters of the Hindu nationalist movements took to the streets to celebrate the victory. On their return to India, the players were greeted as heroes by thousands of supporters at Bombay airport. The crowd escorted them to Wankhede Stadium, where 35,000 people attended a speech by Sharad Pawar, then president of the Indian Cricket Federation and head of the local branch of the Congress Party.

Mahendra Singh Dhoni succeeded him in the gallery. The victorious captain highlighted his humble origins. He comes from a working-class family in Ranchi, a town [in the northeast of the country] that had not previously been considered a hotbed of Indian cricket. Nine other team members also came from less politically and economically powerful cities, less intellectually prestigious and less historically rich than Delhi, Bombay, Calcutta or Madras.

According to Dhoni, in these common origins was the key to success: “The boys in small towns are mentally and physically stronger than the players in big cities. Since small towns have no infrastructure or sports facilities, the players who come from them have to work harder.” Sociologically speaking, the argument held water. Indian cricket gradually became democratized and decentralized. From 1958 to 1974, Bombay never suffered a defeat in the Ranji Trophy [a national competition involving 27 teams representing each state]. Teams based in other major cities, such as Delhi or Bangalore, then began to win the championship.

From the 1990s, deep India began to assert itself. Once considered cheesy, the teams from Punjab, Haryana and Uttar Pradesh scored their first victories. Orissa, Kerala, Jharkhand and Madhya Pradesh, who were also considered cricketers, provided players to the national test cricket team [the long form of cricket, where games last up to five days]. Television has played a crucial role in this radiance, both spatial and social, nourishing the hopes and ambitions of players in small towns and even villages.

Growing up in a big city – with access to clubs, coaches and professional leagues – used to be a valuable asset to one day joining the national team. From now on, anyone with the necessary talent can learn the techniques of batting and throwing on television. Other major transformations have changed the way cricket is played, watched and perceived. The liberalization of the Indian economy over the past 20 years has resulted in a surge in economic growth and the rise of the middle class. Today, millions of Indians have more rupees to spend on leisure. Some of that money fell, directly or indirectly, into the snail of cricket and its players. In 2008, one year after the T20 victory, the Indian Premier League (IPL) was born. But the most populous states – like Uttar Pradesh and Bihar [two poor states] – did not have a team in the First League, while the state of Maharashtra, whose capital is Bombay, the economic centre of India, had two. Obviously, the franchises had been distributed to the advantage of the richest regions: the Première Ligue teams were established in the cities and in the states that had benefited the most from the economic boom. The First League has seduced a good part of the emerging middle class if it rebuked old beards like me.

The young executives of the new globalized economy, who did not count their working hours, had neither the time nor the desire to take five days off to attend a test game. A First League game, on the other hand, lasts less than four hours. It starts at 7 pm and ends well before midnight. You can follow her quietly on home TV after a hard day of work or go to the stadium with friends or family. This First League has existed since.

The rules of cricket

This sport was born in England in the 16th century. A match can last from a few hours to several days, depending on the type of meeting. Two teams of 11 players compete on a budding oval field, in the centre of which is the ‘pitch’, a large rectangle of about 20 metres. At each end is placed a window. At each round, one of the teams “bat” and try to score points, and the other tries to stop it.

The team whose turn it is to score points has two batters in front of the wickets, its other players remaining on the bench; the other team places a pitchervand a counter guard inside the pitch, and his other nine players spread out over the rest of the field.

If the batsman manages to hit the ball thrown by the opponent, he changes position with the other batter. He then scores a “run” (one race), which is worth 1 point. If he can get the ball off the field without it touching the ground, his team scores 6 points (4 points if the ball hits the ground once). If the ball hits the ground at the opposite counter or if an opponent catches it on the fly, the batter is eliminated – knowing that he changes every six balls. When all of the team’s batsmen have been taken out, the round is over, and the opposing team’s turn to beat. The team that scores the most points wins the game.