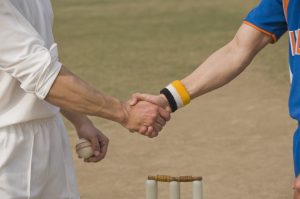 Two teams, eleven players in each, one ball, one bat, it doesn’t seem that complicated to understand cricket (pronounce “cricket”). And yet, A few months before the 12th edition of the Men’s Cricket World Cup, which will take place from Thursday 30 May to Monday 15 July 2019 in Great Britain, it is high time to learn more about this collective sport so little known in France, but very famous in the United Kingdom. United and in the Member States of the Commonwealth. 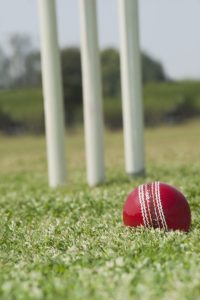 With more than 1.5 billion cricketers in the 53 member states of the Commonwealth (including South Africa, Australia, Bangladesh, Canada, India, Pakistan, New Zealand, etc.), it is legitimate to think that this sport is of British origin. At least that’s what we thought until three years ago when we discovered a surprising discovery of a first written record of a match from 1478 that had taken place in France. This is the oldest document ever referring to cricket. According to experts, the sport was therefore imported from France to Great Britain from the 16th century and thus accompanied the development of the English colonial empire, hence its popularity in India or Australia, for example.

How does it work?

It sounds like baseball, but don’t get me wrong, cricket is a totally different sport.

A collective sport of balls and bats opposes two teams of 11 players – who cannot be replaced during the game – in a series of heats on a field, mostly oval. Each team alternates between offence and defence, with players from both sides taking turns after each “over”, in other words, each round of six balls. 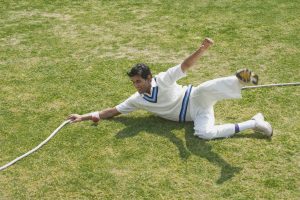 Cricket fielder diving to stop a ball near boundary line

In a round, on the field, there is a bowler and the other ten members of his team, called hunters, and two batters of the opposing team. The unrolling is simple: the bowler sends the ball to the “wicket”, a wooden structure behind the batter. The latter must defend it and return the ball as far as possible to have a maximum of time to run and exchange position with the second batsman, located in the opposite area (placed a little more than 20 meters).

The goal being for the batsmen to alternate their places before one of the hunters of the opposing team brings the ball back to the “wicket”. If this is the case, it scores points (called “runs”). Usually, on a bat, only one or two runs are entered.

However, when the batter sends the ball directly outside the boundaries of the field, he scores six points (called “sixer”), and when the ball leaves the field with one or more bounces, he scores four (called “boundary”).

If one of the hunters catches the ball in mid-air or the ball hits the wooden structure, the batter is eliminated directly from the handle – which ends when there is only one batter on the court. Also, if the batsman prevents the ball from passing with his body, including the leg, he is eliminated (called “leg before wicket”).

Who wins the game?

To win the match, you just have to score the most runs and thus win the most heats. They end when either the batting team has only one batsman available, or when the team captain makes a statement or a waiver (voluntary end of an inning), or when the number of throws has been reached “twenty20”.

The duration of a match 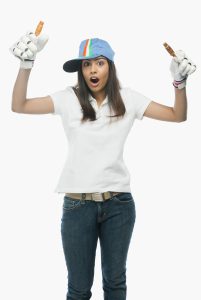 The duration of a cricket match may differ. The “traditional” form, used in match tests (international matches), is the longest. The game, which runs on four rounds – two per team – can then last up to five days (with a limit of six hours on the day) unless one of the two opponents wins early.

In the World Cup, this long version is reduced to one day. As the name suggests, the match takes place over a day.

Finally, there is also the “twenty20”, which is even shorter and simplified. This is played on a single round of 20 shots for each team and does not exceed a few hours of play.