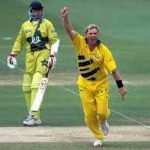 Fastest 200 Wickets in ODI Ever in Cricket History

Cricket extends beyond being just a sport; it is a sentiment for audiences worldwide. Cricketers are no less than celebrities and even referred to as a nation’s pride in many parts of the world.

It would be nothing short of disrespect not to give attention to names that bring satisfaction to several countries. The Fastest 200 Wickets in ODI is a considerable record that needs to get a lot of attention.

One of the most classic milestones reached by Pakistan’s classy old-timer bowler and one of the greatest spinners is Saqlain Mushtaq. He is pursuing the record of the fastest 200 wickets in ODI. Saqlain Mushtaq gave the highest possible performance to make sure his rank is maintained.

And it wasn’t a big deal for someone as talented as him. His record stays unbroken to this date. In 1999, Mushtaq achieved this feat displaying an outstanding game against the Proteas on 5th June in Nottingham. He made sure to add his amazing tricks and tips to make this record.

The legendary off-spinner required nothing more than just 104 matches for such a success. Furthermore, he also is the fastest 250 wickets taker in the 50-over format, which is an achievement in itself.

South Africa’s “White Lightning,” as they call him because he is such a fast bowler. He ranks 3rd in making the fastest double century in terms of wickets in the ODI format. There has always been a theme of success attached to Allan Donald’s name regarding the Fastest 200 wickets in ODI.

The most famous story extends to when he took down his 200th wicket during the heated match between South Africa and Zimbabwe in 1999, his 117th ODI match. Allan Donald has had an extensive career in his tenure, especially in the Test format. As a consequence of his back to back victories, his induction into the ICC Cricket Hall of Fame in 2019 took place. 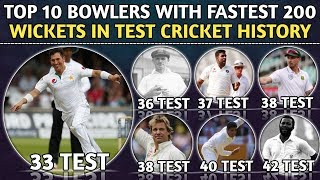 There is no doubt that Shane Warne is one of the biggest names for the Fastest 200 Wickets in ODI. With his beautiful wrist spin action that leaves everyone in awe, Shane Warne established himself as an eminent bowler and someone who knows the craft of cricket. He also has to see multiple issues; due to his faultlessly delivered leg breaks, the former Australian had few difficulties grasping the 200 wickets mark in ODI, which was a disadvantage he had to bear.

The legendary cricketer achieved taking the fastest 200 wickets in ODI format in 125 matches in 1999 while playing the game against Pakistan. Warne played an extensive role in contributing to the Australian national team’s glory, and under his captaincy in ODI, Australia was famed as the “Greatest Ever ODI Team.”

In conclusion, the cricketers mentioned above have brought immense pride to their homelands and have given their fans reason to keep loving cricket. These cricketers have worked tirelessly, despite any hurdles to achieve this title. Indeed, it is a huge achievement to take the Fastest 200 Wickets in ODI.