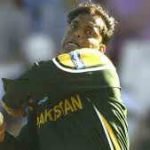 Who is The Fastest Bowler in The World In Cricket History?

Fastest Bowler in The World

Cricket is a famous game worldwide, and batting and bowling are the essences of this game. It is a gentleman’s game in which the pace of a player, techniques, and sportsman spirit are the crucial elements to win a game.

Fast bowling is a term used in this game. The fast bowler has the power to change the game with his miraculous ball throwing speed. The cricket format is getting shorter, but the speed of ball throwing and making runs makes all the difference.

This angry young man is the number one right-arm fastest bowler in the world. This former Pakistani bowler belongs to Rawalpindi. Due to his fast bowling speed and hometown, his nickname is “Rawalpindi Express” and; “tiger.”

He represented his team in all the game formats, as in T20, ODIS, and test series. He is officially nominated as the fastest bowler internationally when he delivered a ball with the unbelievable speed of 161.3 Km/hour in the 2003 cricket world cup against England in a pool match. Akhtar made his test debut in November 1997 as an opening fast bowler and played his first one-day international three months later.

His cricket journey is so impressive in making records but not in numbers. His attitude issues, bans, allegations, courtroom battles against his cricket board, fines, and most damagingly doping charges are the factors that kept his career so short. Although he performed exceptionally well in some matches as he took 17 wickets in 2005-06 against England in one series.

Akhtar is the first-ever bowler who breaks the 100 mph mark twice in his career and takes 178 test wickets and 247 wickets in ODIs. He is a retired cricketer who had a career of 15 years.

This blond-haired gentleman belongs to Australia, and he stood gracefully on the top of the list of the fastest bowlers in the world.

He was the first fastest bowler in Australia and second in cricket history as he delivered a bowl with 161.1 km against New Zealand in 2005. His career record was impressive: 310 test wickets, 280 ODI wickets, and 487 in First-class cricket.

He was also the best fielder of the Australian team. Due to Lee’s remarkable performance, Australia won the world cup in 2003 and then again in 2007. He was a true gentleman either in the ground or off the ground. He was a shining example for young players. 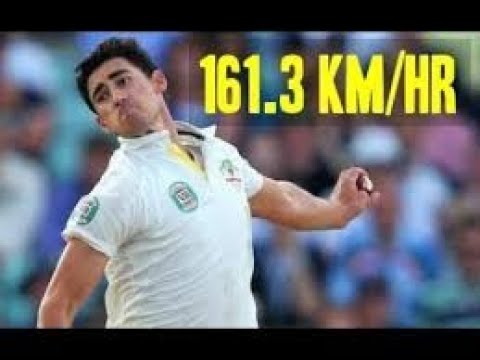 He was an Australian Right Arm bowler and held the number three position in international cricket. He bowled the fastest delivery of 161.1 km/h against England, which is considered the second fastest delivery (behind Shoaib Akhtar and equal to Brett Lee).

His delivery action was a sling style. He was the prior choice of team for ODIs and took 62 wickets in ODIs. Tait was also a part of the team in the T20 world cup in 2010. He retired at a very young age due to a chronic elbow problem.