Street cricket, also known as backyard cricket or gully cricket, is an informal, fast-paced variant of the cricket game. It is a popular pastime for cricket fans, especially in the subcontinent.

A day will hardly go by in Pakistan, India, Bangladesh, or Sri Lanka where you won’t walk by youngsters playing an impromptu game of Cricket on the streets, in parks, car parks, back yards, or any area not primarily allocated for the purpose.

Players of all ages play this conformal version with a tape ball, a tennis ball covered in electrical tape with as many players per team available, and as less as 20 balls per innings.

Street cricket is exclusively a South Asian phenomenon, where every other person, either male or female, is a huge fan of Cricket. These countries generally lack adequate sports facilities like purpose-made grounds and playing fields, forcing youngsters to use streets and roads to play Cricket.

People of all ages and genders play street cricket in this part of the world.

Although based upon the game of Cricket, rules of street cricket are improvised based on local conditions. Sometimes there are no teams; the players take turns at batting and enjoy the game without emphasizing scoring runs and winning.

Anything that a player can suitably hold in the hands and hit the ball serves as a bat in street cricket. It can be wooden or plastic.

Players wrap tennis balls with tape and frequently use it since it’s inexpensive, readily available, and safer as completed to a leather cricket ball.

The tennis ball is preferred because it’s much easier to hit and relatively lighter to play. The players heavily tape the ball with any kind of tape available, usually electrical tape, to add extra swing.

Any length of ground that is relatively flat is used as a pitch to play street cricket.

Any accessible object, for example, a chair, a stack of soft drink crates, a set of long sticks or twigs, even a tree can serve the wicket’s purpose.

The wicket at the non-striker’s end is just a shoe or a hat, intending to mark the bowler’s crease, but can be instrumental when two batters and a batsman run out.

The Rules Of Street Cricket 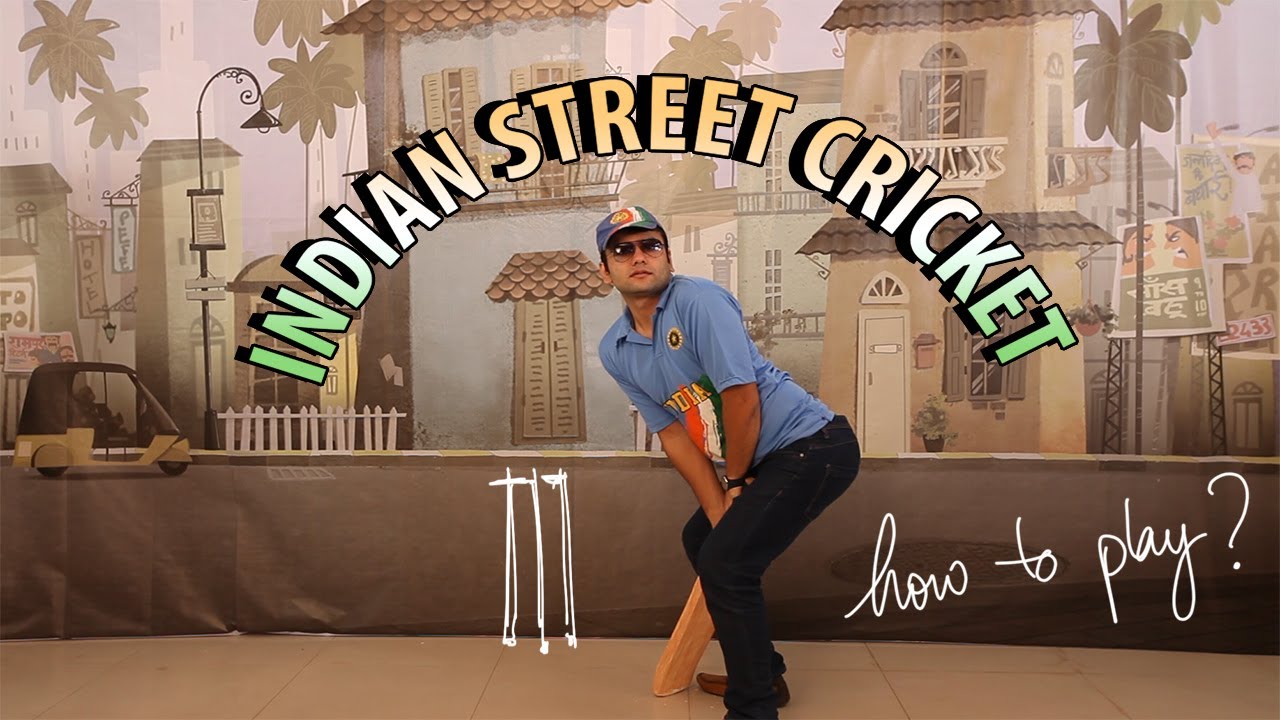 Most of the time, the right number of players for each team is not available. The street cricket forgoes the professional arrangement and opts for a batsmen-vs-everyone format. A few rules that are unique to street cricket are as follows:

Although Cricket is called the gentleman’s game, almost every fine cricketer belonging to south Asian origin has started his cricketing career while playing on streets with a bat or a bat-like piece of wood and a tape the uncarpeted road or bumpy street.