Cricket is a game like no other, especially with all the rules and tough decisions to be made. These are some of the factors that make the game as enjoyable as it is. For the first-timers who are still trying to discover their love for cricket, there is so much to learn.

This only means that they have to start with the basics, and the rest will be a smooth ride. The best place to begin would be the terms used in cricket. This way, you won’t get lost when following up a game on TV.

Reading informative articles like this is another sure way to up your game. 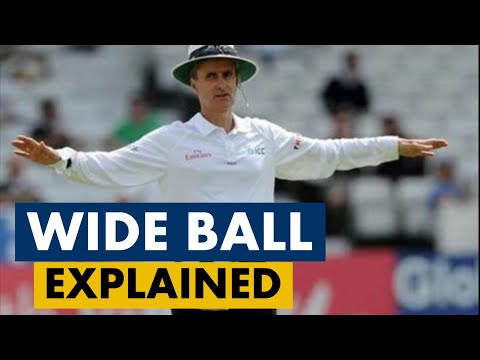 You’ll hear the term ‘wide ball’ being mentioned when for some reason, the ball is not within the batsman’s reach. After careful analysis by the umpire, a conclusion is drawn on what the next cause of action should be.

Bear in mind that a wide ball is not to be termed as such under certain circumstances. One of them is when the batsman happens to move away from the ball at his own will.

So how can a batsman bring the ball within his reach? By performing a conventional stroke, which comes about when a part of the batsman’s body touches a bowled ball.

You’ll recognize a wide ball by observing what the umpire does with his arms. He communicates with the bowler to make a legit delivery by raising his arms to the height of his shoulders.

What is the Rule for Wide Ball in Cricket?

As we saw earlier, cricket is the game where you need to be prepared for lots of rules. To be fair, rules are what make up any game, and cricket is no exception. What happens during a wide ball?

It’s easier now that you know what a wide ball is. A common factor that determines whether it should be called ‘wide’ is the size of the pitch. There’s a standard size by which all grounds are measured.

Ideally, 20.12m long and 3.05m wide does it. A definite rule for a wide ball is when a bowler makes a delivery, and it’s regarded as a no-ball. The umpire makes this decision when the striker assumes a normal standing position where he stands on guard.

Yes, it is. Not just in test cricket, but every cricket match. But, the ball delivery has to be much wider to make it a legit wide ball. Wides are normally at the center of most conflicts in cricket because it’s not really clear how to determine the same.

Umpires are usually at a loss, considering how much time it takes to reach a viable conclusion. Every game and test match comes with different sets of regulations concerning a wide ball.

If you’re talking about a legit match, the wide ball is not usually counted as one of the six balls. 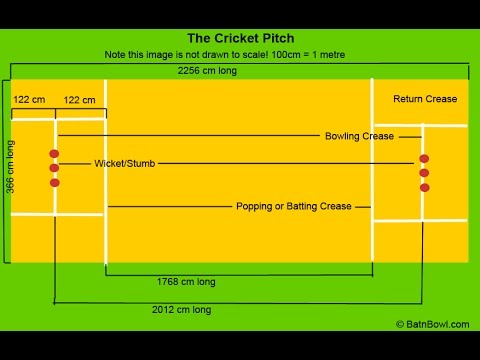 A look at most cricket grounds will reveal that they are not plain. Some markings hold a high level of significance. Since some players get confused in the middle of the game, the markings are there to guide.

Each of the players in the main positions should master where they belong. For example, a batsman should never be caught anywhere far from his line of crease. This is a marking that contributes immensely towards a wide ball.

Also, his height matters in regards to this, If the bowler makes a delivery, and the ball goes over the batsman’s head, this is not regarded as a wide ball. The umpire has a set of guidelines that help in their decision-making process.

Here are some markings on their part;

Just to be fair, a cricket pitch with all the standard measurements must be in place. No player should downplay a pitch whose wide length is not up to the mark. These and more factors are part of the logistics that are checked right before the start of the match.

Issues such as a wide ball or other discrepancies are founded on a wide length. The sooner it’s sorted out, the better it’ll be for everyone. It is measured by roughly bowling a cricket ball and see how far it lands, especially at the stumps.

If it goes past the wide line, these are grounds to call it a wide ball.

You’ve been reading and hearing about the leg side in cricket but are probably stuck on how exactly to define it. Well, there’s a rule in regards to that too. What does it entail?

A leg-side wide happens when a bowler bowls, and it goes between the batsman’s legs. In this case, the umpire decides to have the bowler do the bowling once more.

The umpire’s conclusion is normally founded on the stance taken by the batsman. A batsman has to mind his standing position at all times to avoid getting caught off guard.

A batsman should avoid making unnecessary movements behind the stumps as it might cost him.

In cricket, laws are said to be the same as rules and must be taken very seriously. Every passionate and upcoming cricketer must own a handbook or manual of sorts for easy reference.

You’ll not always know what to do unless you refer to what the laws instruct. They are quite a handful at first, but you’ll get the twist of things at the pitch with time. Constant reminders of your previous lessons are mandatory.

Rules are the basic guidelines that give you a sense of direction when you feel stuck. Live and breathe the rules until you’re sure that they are at your fingertips.